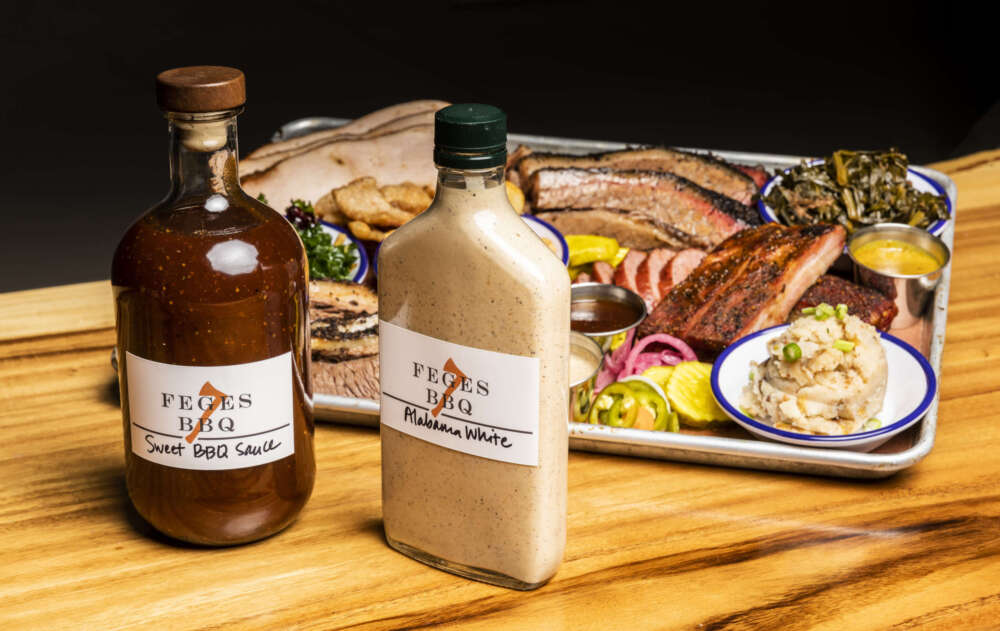 We ship our barbecue nationwide—including Thanksgiving offerings!—with Goldbelly, and we offer local pick-up for quick, convenient pickup for lunch and dinner.

We met in the kitchen, and our relationship began with a shared love of food and a strong sense of community. We bring our distinct, yet complementary, skillsets to Feges BBQ for a collaborative perspective on modern barbecue. 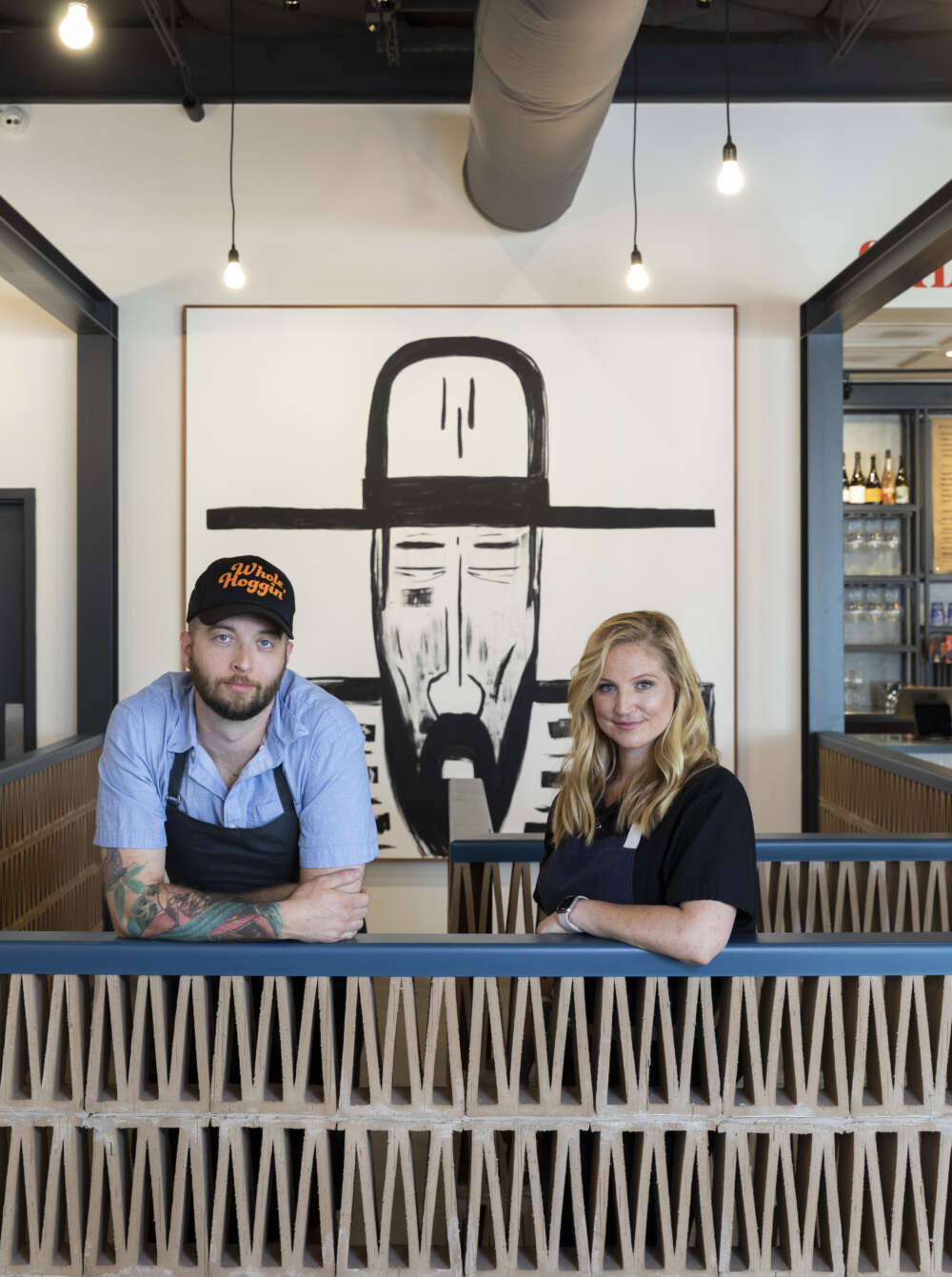 Erin and Patrick Named Community Chefs by StarChefs for giving back through industry events and being pillars of the Houston food community (2019).

We met in the kitchen, and our relationship began with a shared love of food and a strong sense of community. We bring our distinct, yet complementary, skillsets to Feges BBQ for a collaborative perspective on modern barbecue.

Erin Smith began her culinary career at the California Culinary Academy in San Francisco. After graduating at the top of her class, she took a position at New York City’s acclaimed Per Se restaurant, working under the culinary leadership of Thomas Keller and Jonathan Benno. Following that, Erin held positions with Italian Wine Merchants and Babbo Ristorante e Enoteca in New York before returning to her native Houston in 2010 to serve as executive chef of Plonk! Beer & Wine Bistro. She consulted on the opening of Montrose’s Blacksmith, developing an award-winning menu for the craft coffee bar before taking over as culinary director for Blacksmith’s parent organization, Clumsy Butcher. In that role she oversaw both menu and staff development at The Hay Merchant, Anvil Bar & Refuge and The Pastry War while continuing to manage the culinary side of Blacksmith.

In 2014, Erin was named executive chef of the new JW Marriott Downtown where she managed the property’s signature restaurant Main Kitchen as well as in-room dining and banquet operations. In May 2016, she competed in an episode of the Food Network series Chopped, beating out three rival chefs to win the high-visibility competition. Before opening Feges BBQ, Erin worked as a sommelier at wine bar Camerata to hone her front-of-house skills.

Known in Houston’s culinary community as the “Whole Hog Guy,” Patrick Feges is a self-taught pitmaster and Purple Heart recipient from injuries sustained during a tour in Iraq. It was during his recovery that he was hit with the barbecue bug. Armed with an old, worn-out Brinkmann smoker and plenty of tenacity, Patrick experimented through trial and error before deciding to attend culinary school at The Texas Culinary Academy, Le Cordon Bleu, in Austin. There, surrounded by some of the best barbecue spots in Texas and learning classical basics in class, he began honing his approach to barbecue.

In 2012, Patrick purchased a large smoking rig and launched Feges BBQ, catering events and executing pop-ups with non-traditional smoked cuts. In the ensuing years, he continued to train in some of the city’s most acclaimed kitchens including Underbelly, Brennan’s, Killen’s Barbecue and, most recently, Southern Goods, while building his business on the side. He opened Feges BBQ with his wife Erin Smith in March 2018.

Erin Smith is co-hosting a series on Kevin’s BBQ Joints Podcast. Tune in as they discuss pairings, varietals and all things wine and barbecue!

Spring Branch Watch Party
Come watch the Super Bowl on the big screen with us in Spring Branch! We’re bringing an old favorite back just for the big game–Cracklin Nachos–in addition to specials on wings, barbecue & beer!

Order Super Bowl Grub To Go
Prefer to watch the game from the comfort of your couch? Let’s us do the work! Our Super Bowl To Go Packages are available February 10-12. Wings, rib tips, Feges BBQ [Super] Bowl (see what we did there?), barbecue platters, and more! See the menu, and pre-order now.